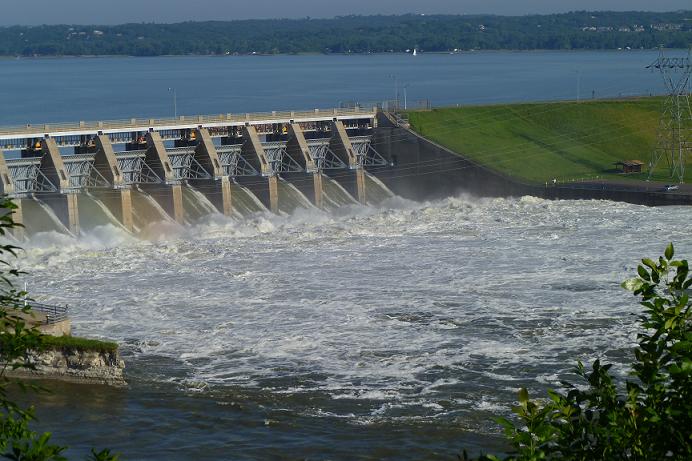 I've felt I had nothing "blog worthy" for a while.  Just nose to the grindstone here.  But yesterday we delivered a Minion quilt to Grandson #3-- 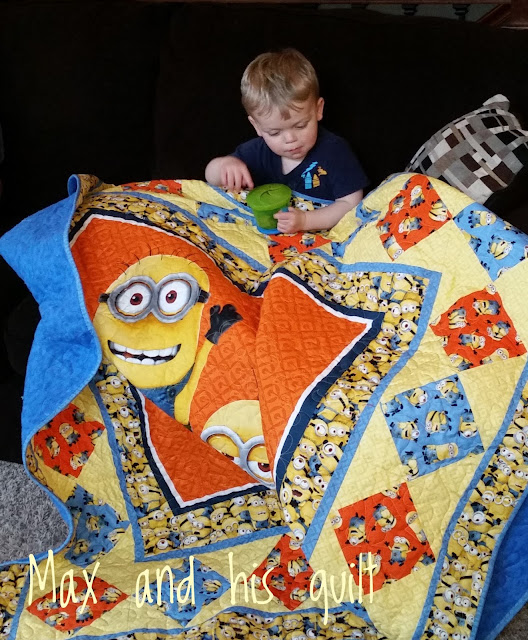 Max was unimpressed but hopefully when he learns the concept of "mine" he will like it.  Right now anything is fair game for "mine"!  DD says he is truly in the "terrible twos" right now! 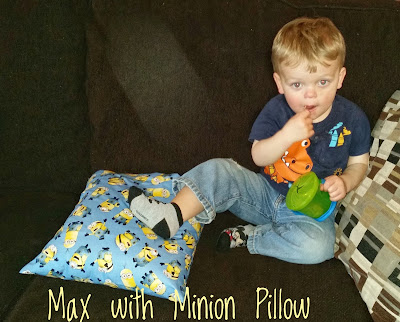 I covered a small pillow with the leftovers and have enough to make a pillowcase later. 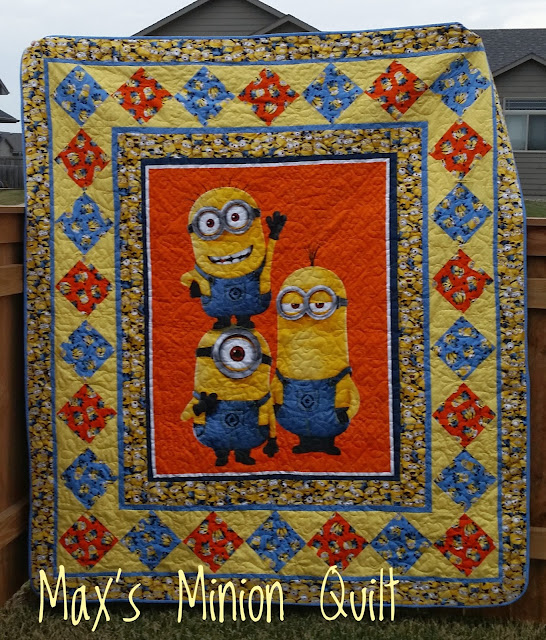 DH held it up outside for a picture, its 62x72" and I estimate 11 yards of fabric.
Grandson #2 was feeling a bit left out, he brought his favorite Ninja Turtle blanket out to cuddle on Grandpa's lap and wanted me to take a picture-- 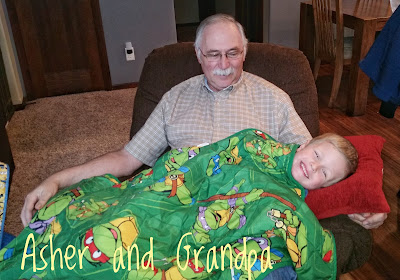 Lorri2Rs and I had a week of sewing, but this has been the only finish I've had from that week.  We had LOTS of fun!  Come back 2Rs!!!
Baking bread is always an adventure.  Sometimes I have a recipe, sometimes I don't!  Last weekend I baked my BEST LOAF EVER-- 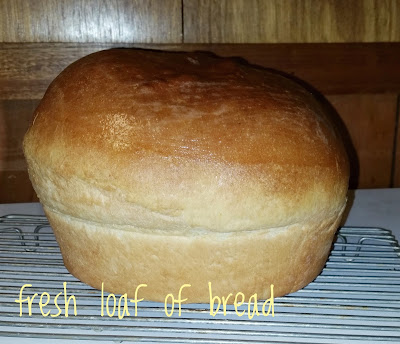 It was perfect!  Especially the flavor.  The heel was eaten as soon as it cooled enough to slice-- 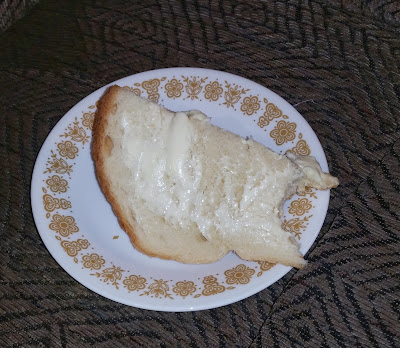 I know this loaf has cooked carrot and sweet potato in it.  You can't SEE them but they're in there.  It was mixed/kneaded it with a Kitchen Aid mixer, and baked it in a big pyrex casserole dish. Super easy--left it to rise in the mixing bowl.  Now if I can remember exactly how I made it.........
Yesterday we stopped at JoAnns to pick up a king size batt, and I found these cute geckos on sale-- 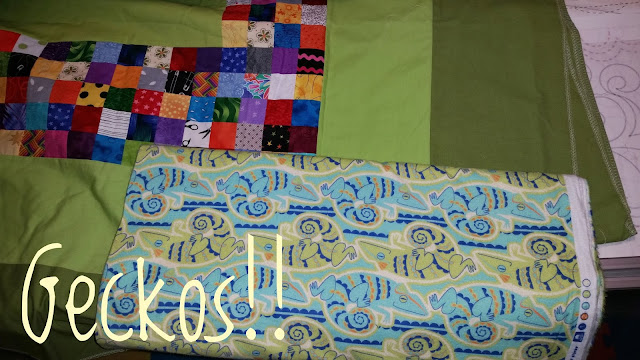 Flannel for $2.49@yd.  Don't they match the quilt they're laying on?  Mary in South Dakota pieced it and gave it to me to finish for my boy quilt project.  Sometimes its hard to find teenage boy fabric, but think these geckos are perfect!  Thank you Mary--this top is now in the quilting queue!
The sun is shining today--yesterday was gray and rainy.  Spring must be coming!
~LORI~ 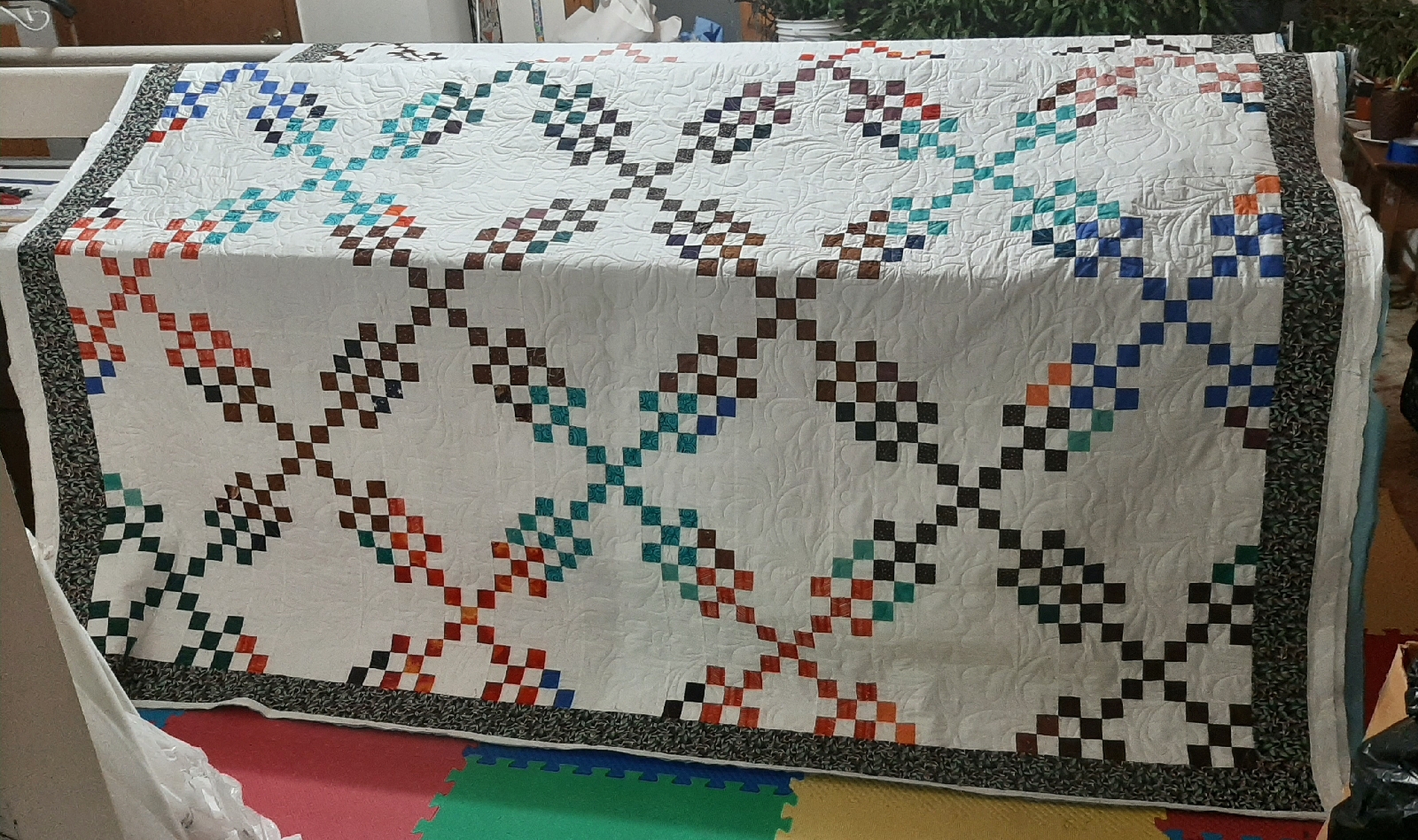